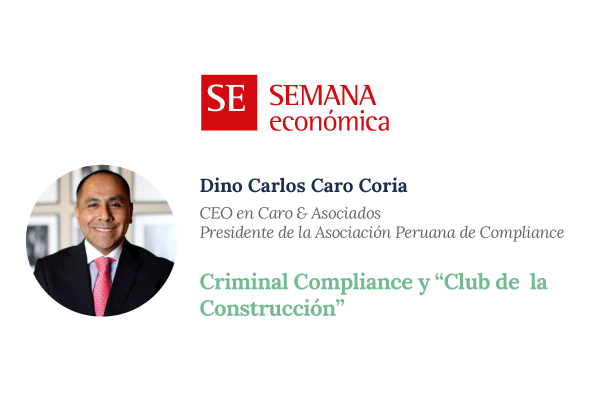 Since May 6, 2019, the Prosecutor’s Office has started criminal prosecution of 18 companies: 11 Peruvian and 7 foreign ones, as they are suspected of having participated in an alleged criminal organization called the “Construction Gang” between 2011 and 2014. This is not about any of the personal accusations filed since January 2018, but about the corporate charges against legal persons. The Public Prosecutor’s Office has formally started a preliminary investigation against these companies for the suspicion of their assistance in the commission of alleged crimes against public administration and money laundering. Furthermore, it will be requested to the Judiciary that these companies be involved as passive parties in the criminal process, which implies that in the future, in case of conviction, the Criminal Judge could impose one or more of the secondary consequences of art. 105 of the Criminal Code, i.e. closure of premises, suspension or prohibition of activities and even the liquidation of the legal entity, as recently requested by the Office of the Prosecutor against the Nationalist Party because it appears to have been used, according to the Humala/Heredia case, to favor or cover up acts of money laundering.

This website uses cookies to improve your experience while you navigate through the website. Out of these, the cookies that are categorized as necessary are stored on your browser as they are essential for the working of basic functionalities of the website. We also use third-party cookies that help us analyze and understand how you use this website. These cookies will be stored in your browser only with your consent. You also have the option to opt-out of these cookies. But opting out of some of these cookies may affect your browsing experience.
SAVE & ACCEPT
Back To Top